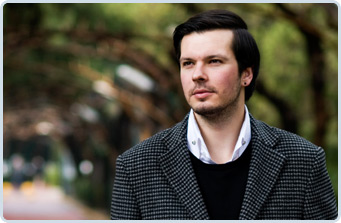 Tumours of the oral cavity are cancer diseases emerging on the lips or the mouth, including the inner lips’ periphery, the cheeks (also called buccal mucosa), the gums, the hard palate, the tongue and the area beneath the tongue.

A tumour of the nose includes cancer of the skin at the nostrils and the inner nose. There are also tumours of the nasopharynx developing in the uppermost part of the pharynx as well as cancer of the paranasal sinus developing in the coating of the sinus of the facial bones along the nose. A tumour may also emerge in the hypopharynx, i.e. the tube beneath the nasopharynx.

Cancer also occurs in the oropharynx, the tube at the height of the mouth that connects the nose to the throat. That includes the base of the tongue, the soft palate, as well as the sides and the back wall of the pharynx, including the tonsils.

Tumours of the larynx tend to emerge on a vocal cord or its proximity. The larynx is also called Adam’s apple. When sweeping gently down the front side of the throat with your finger tips, you will notice the larynx as a protrusion moving up and down during swallowing. The larynx is larger in men than in women.

Kinds of head and neck tumours other than squamous epithelium carcinoma are less frequent and include lymphomas, sarcomas and melanomas.

The larynx is the organ that separates trachea and oesophagus in the throat and that helps to form sounds and the voice. A larynx carcinoma is a malign tumour disease within the larynx. Among the tumour diseases in the ENT area it occurs most frequently; the majority of the diseased are men.

Larynx cancer causes discomfort already at early stages. First symptoms include continuing hoarseness and alterations of the voice. Further symptoms are difficulties in swallowing, desire to harrumph, sensation of a lump in one’s throat, pain radiating into the ear, and not lastly a dry chesty cough. To diagnose a larynx cancer disease, an ENT medical carries out a mirror examination.

Tobacco and alcohol abuse are considered to be the most frequent causes. Further causes may be viruses and environmental toxics such as asbestos. Inherited predispositions can foster the disease.

Basal cell cancer (also called white skin cancer) is a tumour of the epithelium or glandular tissue of the skin. Most affected are parts of the skin with frequent exposure to sunlight: Nose, face, forehead, temples, and ears. Basal cell carcinoma may however occur in many skin areas. Predominantly light-skinned people are affected. Men and women are affected equally often.

Basal cell cancer emerges from the basal layers of the upper skin and the hair follicles. The tumour is called semi-malign, because is damages surrounding tissue and may even transfer onto the bones, yet it generates metastases very seldom.